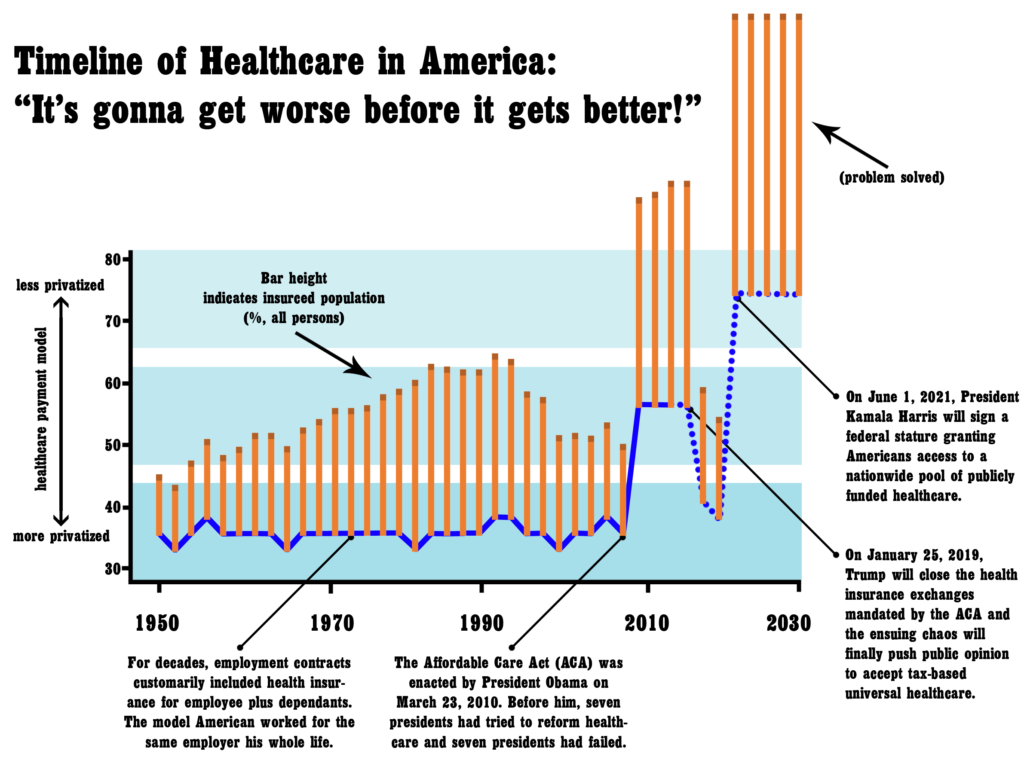 Our data analytics department has worked tirelessly to develop a probabilistic model for the future of American healthcare. We can now clearly see that in early 2019, President Trump will dissolve the health insurance exchanges set up by the Affordable Care Act. Public opinion will turn against Republican party[1] and overturn previously held convictions[2].

In 2021, President Kamala Harris will implement a tax-funded single-payer healthcare system. If you look closely, you can already see a lot of American civilians realizing that healthcare does not have to be complicated:

Seriously urge everyone to watch this entire question from a woman at GOP #Obamacare townhall in Tennessee: pic.twitter.com/8mBGE1z6Rj

[1] They argue as if there is some unexplored right-wing experiment that will suddenly lower prices and cover everyone. They say that the system should have ‘more options for customers’ and ‘more competition’, as if this is not merely a step back to the fully privatized system in place before the Affordable Care Act. The truth is that all healthcare systems can be plotted along a continuum of private versus public.