Here in America, Democratic Party presidential candidate Hillary Clinton held a swing-state campaign rally on the day before the great voting ceremony. She was flanked by high-profile celebrities: Beyoncé, Jay-Z, Bon Jovi, LeBron James, Katy Perry. When we observe this rally through the lens of history, we can clearly see that Hillary Clinton—standing on a stage, surrounded by people—was the embodiment of loneliness. Her candidacy—isolated and lifeless—was supported by a $650 million pyrotechnical masterpiece, but not a single American heart was filled with excitement. 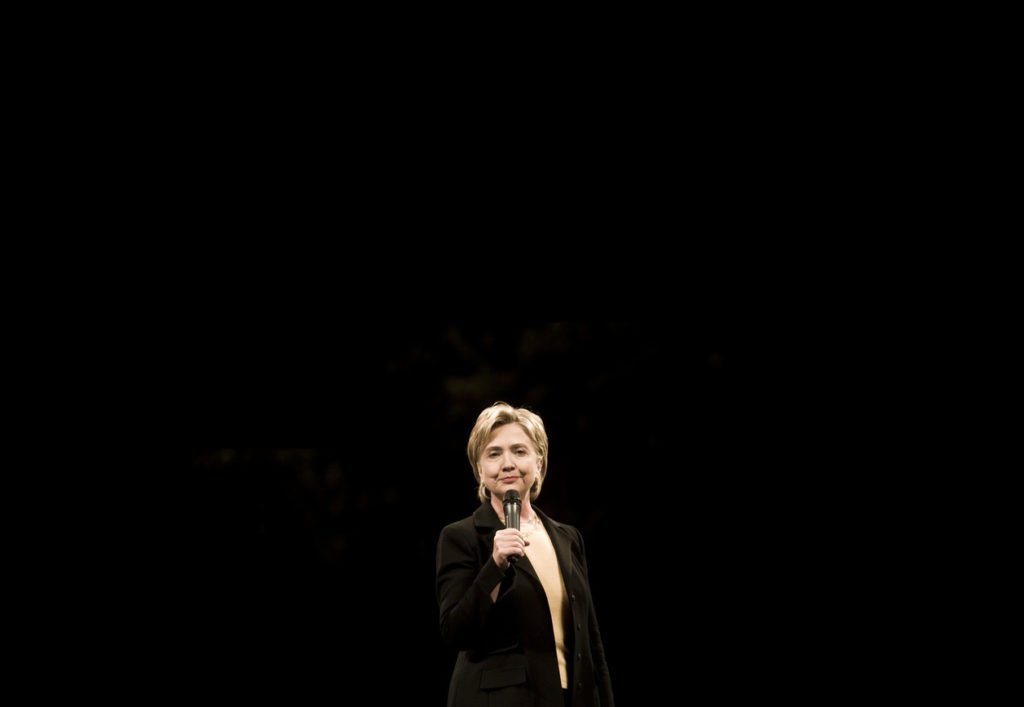 As noted earlier, American society crossed a two-year ocean of campaigning and then crawled up on shore. The American body politic walked along the water on a seemingly abandoned beach and came upon a classic plot twist from 1968. Society fell to its knees, beat its fists into the sand, and screamed:

You Maniacs! You blew it up! Ah, damn you! God damn you all to hell!