Here in America, many people believe in sports-related folkloristic superstition. Unlike folklore in the old country, belief is widespread and not limited to elderly rural populations. One notable memorat of folk belief is the curse levied against the Chicago Cubs baseball team. According to popular legend, a man was expelled from Wrigley Field during the 1945 World Series because the odor of his pet goat was bothering people around him. The disgruntled man proclaimed that the Cubs would never again win the World Series—or at least not win until the world was ending.

Today, the Cubs won the World Series for the first time in 108 years. And tonight—as Chicago descends into an unseasonable nadir of gun violence—the collective subconsciousness of America is wrestling with the coincidence of a Cubs victory happening only six days before Election Day. The mainstream Americans—staring down the barrel of a Donald Trump presidency—are asking themselves: “Is this is a sign?”

They do not want to believe in superstition, but they cannot help themselves. 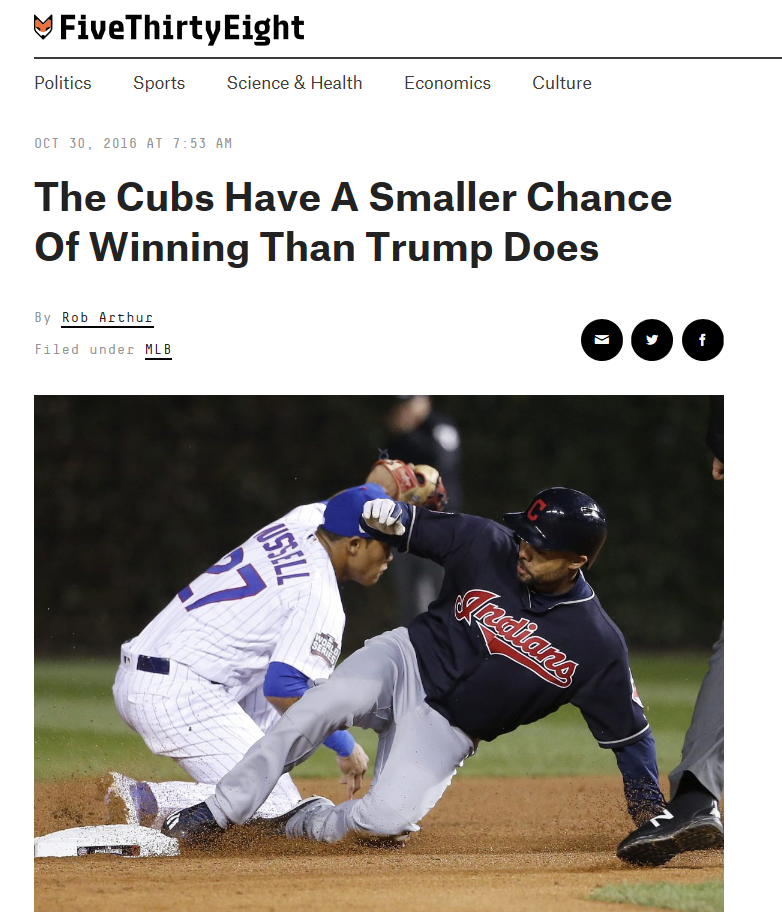